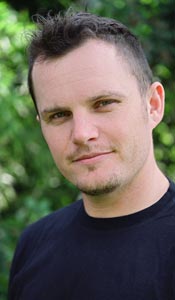 After being educated at UCLA and performing the National Anthem to an audience of more than 18,500 at his graduation ceremony Adam hit the ground running composing music for household brands including Ford and Coca Cola. In 1998, he was honored by the Day Time Emmy Awards for his work on GUIDING LIGHT. As an entrepreneur, Adam founded AGS Entertainment, Inc., a custom home entertainment company, which has been featured in all the leading trade magazines and honored with Best Home Theater awards three years in a row. Adam's love of film and theatre prompted him to begin making fun video projects with friends for comedic recreation. Adam's natural talents in story telling and editing began receiving much acclaim and in 2001, Adam founded a production company specializing in documentaries and biographies.

PUT THE CAMERA ON ME, was Adam's first feature-length documentary which he Produced, Directed and Edited with his childhood friend, Filmmaker Darren Stein. The film screened at over seventeen festivals worldwide, received critical acclaim and was featured on PRI's This American Life with Ira Glass. The film is being distributed on DVD by The Weinstein Company's Genius Products, Inc. Adam began work on his second documentary in 2002. The wildly exciting Geekochallenge about a group of extremely successful technical engineers primarily from Microsoft was quickly transformed from documentary to television's reality format and is currently in development for an upcoming production.

Always the passionate and devoted songwriter and performer, Adam teamed up with Producer Roberto Brandon in the summer of 2005 and ventured to Buenos Aires to record his debut solo album. Adam made a huge splash in the South American music scene recording with several of Argentina's most prominent artists including Alejandro Lerner and Juanse Guiterez (Ratones Paranoicos). ADAM SHELL, VACANT ROOM is now available on CD and digital download and can be seen performing live throughout North America. For more information, visit www.adamshell.com. Following his three month Journey to South America Adam quickly sunk his feet back into film making whereby shooting, editing and co-writing and co-directing FINDING KRAFTLAND. 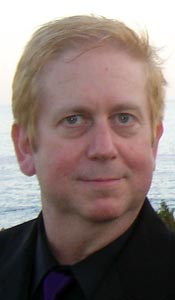 Prior to starting his own company in 1991, Richard was an agent at ICM and started his career working with several of his musical heroes such as Jerry Goldsmith, Elmer Bernstein and Henry Mancini. Kraft has also has executive produced over 150 soundtrack albums, including ALIENS, BLUE VELVET, HEATHERS, PEE WEE'S BIG ADVENTURE, PEGGY SUE GOT MARRIED, WALL STREET, CROCODILE DUNDEE, and THE NIGHTMARE BEFORE CHRISTMAS. As a writer, Kraft wrote the unproduced screenplay to the animated musical PEPITA for Warner Bros.. He has also conceived and set up projects at Disney, Sony and MGM. Kraft is heavily involved in fundraising for Crohn's Disease. He was the honoree of the annual CCFA Foundation of America.