After the death of his brother, a Hollywood film music agent drags his son through an obsessive quest to recapture his own childhood through a globetrotting trek riding hundreds of roller coasters, collecting thousands of toys and transforming their home into "Kraftland," a shrine to Disneyland and American Consumer Culture. A love story between father and son emerges via an almost maniacal pursuit of happiness. 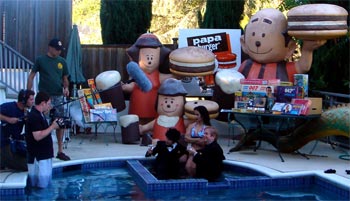 The film captures a life filled with huge and cartoonish contrasts. It delves into the psyche of collecting as an obsession. And ultimately, in its own strange way, it is about finding the real meaning of family.